I remember it like it was yesterday.  The town of Buea, headquarters of Cameroon’s Southwest region, was abuzz with excited horror.  Tongues were wagging non-stop, stories passing from ear to ear in rapid pidgin. In one of the high-class hotels in the town’s university quarter, a man – thought to be a senior government official – had turned into a python and swallowed a young, female university student.

Her screams had alerted a worker in the hotel. This worker had responded to her distress calls, but he got there too late. When he finally got the door open, he found the evidence – the snake, with the girl’s feet dangling out of its mouth.

What would you do? I would run. Not this one. He got help to kill the python. According to my calculation, a young woman was dead, and a middle-aged man was dead, right?

Curiosity and anger brought the masses to the hotel, all demanding to see the evidence of this abomination. It took the riot police to disperse the large crowds, but not before they caused some damage to the hotel property.

After making some calls to get the full story, in the Queen’s English, I called Adam in excitement. Guess what, I said out of breath. And then I recounted the story, throwing in phrases  like, “I say, nah wat kind lyf dis?” for added drama. At the end of it all, he said, “My friend, you ain’t seen nothing yet.”

So there I had it, Adam was not surprised that a man could turn into a python. That a python could swallow a university student in a high class hotel, that an entire town could believe it, and that it could make the news, reported like a real occurrence. And he thought worse things could happen! Wait a minute, which universe was this? If the man was a government official on mission, where was his car? Why not wait till Monday and call to see if he reported to work? Better still, call his phone? His family? If he’s a dead snake now, he can neither drive nor show up anywhere else, right?”

Wrong! My dear Adam believes in witchcraft, magic, shape changing,  and all that goes with it. His response helped me change my strategy though.  Rather than question the logic behind the unwavering  beliefs, I decided to ask,  “Who saw it?” No one I knew.

For me, it raised an interesting point to explore – what is the danger posed by snakes to human populations?

Researchers have confirmed that it is very difficult to establish snake bite and envenoming data. Since reporting is not mandatory in many regions, people resort to traditional or homemade cures and leave the incidences unreported.

Here is what I was able to find out:

Approximately 1 million snakebites occur in sub-Saharan Africa each year, resulting in up to 500,000 envenomations, 25,000 deaths and another 25,000 permanent disabilities. This data is drawn from scientific publications on snake bites and deaths,  World Health Organization (WHO) mortality database, Ministries of Health, National Poison Centers, and snakebite experts. The data is from both published and grey literature and covers snakebite envenomings and deaths for 135 and 162 countries, respectively.  These results have further been used to estimate regional and global burdens of snakebites. Don’t tell Adam I even tried to do some research. Like, how could I not go with the shape-changing narrative?!

Africa’s largest snake can reach up to 6m in length and can live in a variety of habitats. It kills by constricting its prey, which mostly consists of small animals. Although there is documented evidence of human attacks, they are extremely rare.

A quick internet search brings up the following cases: 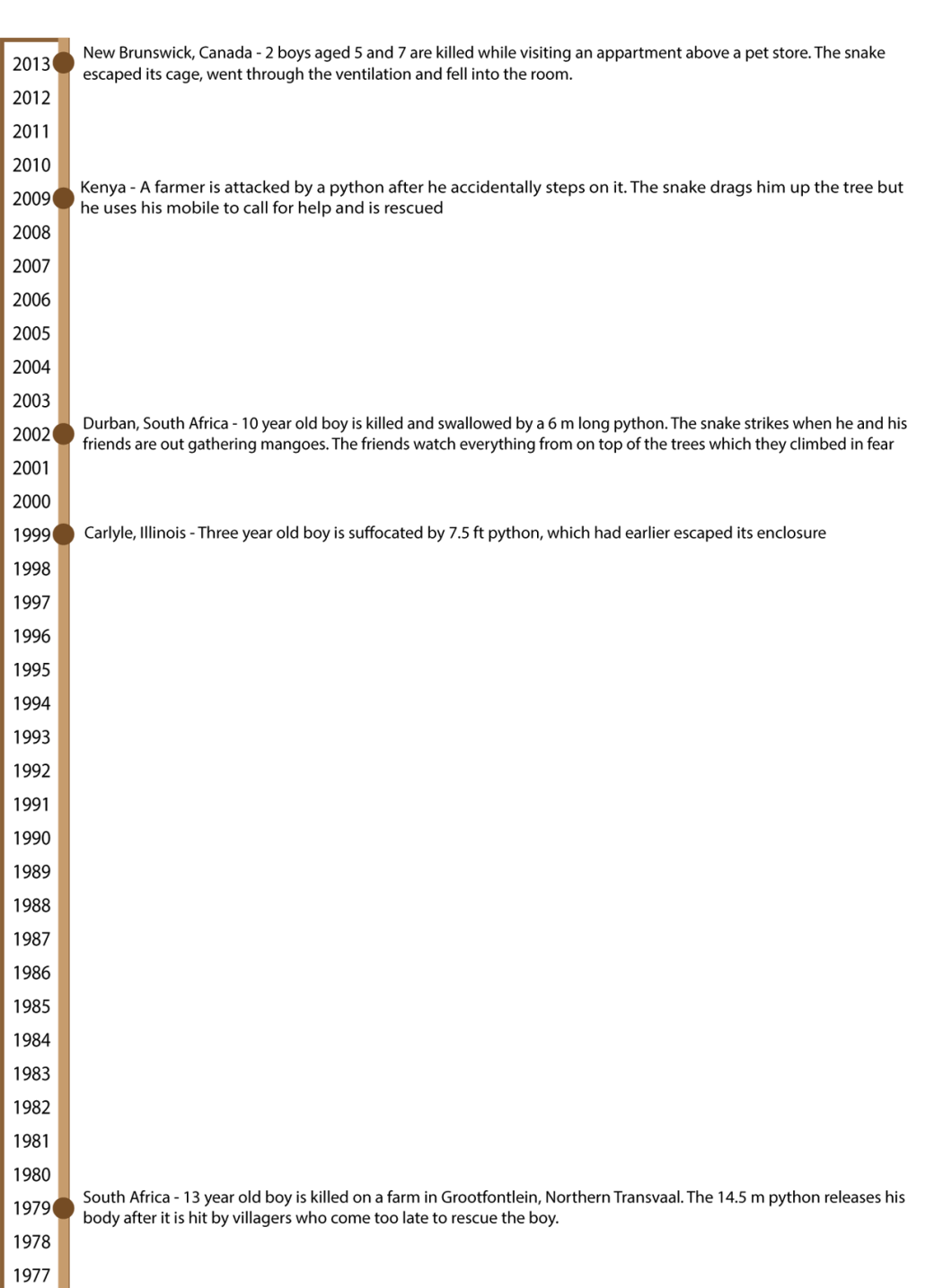 Before I move on to other things, I would like to state that I have not encountered any  documented scientific evidence showing that the African rock python can take the form of a man or vice versa. If any of you has, I would be happy to get my hands on it. And then I will share it with Adam, and let’s hear him say “You ain’t seen nothing yet” one more time!